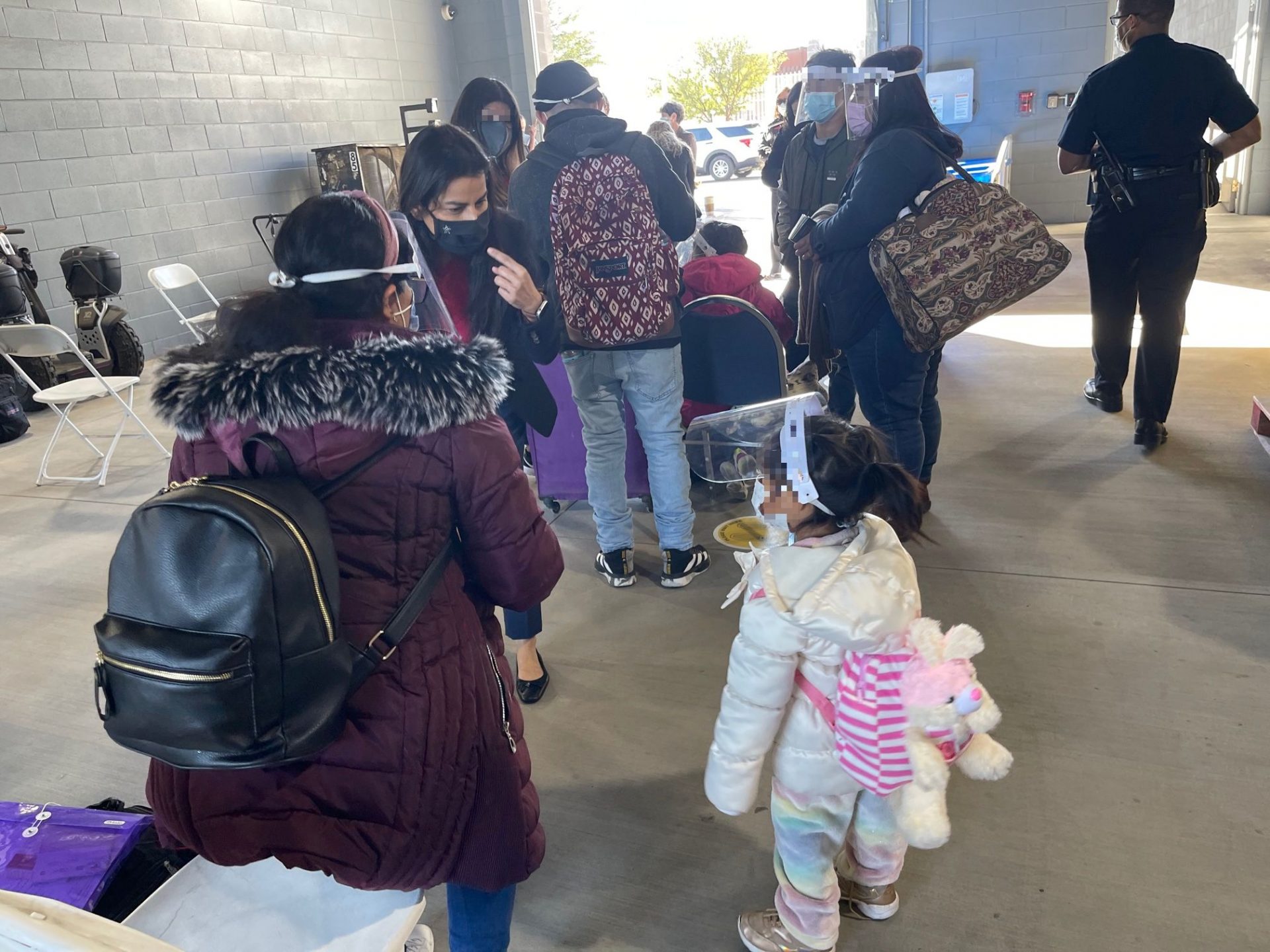 SAN DIEGO, Calif. — The Biden administration is now slowly allowing tens of thousands of asylum seekers, who were forced to stay in Mexico while waiting for their court hearing under the Trump administration, to cross the border.

In December 2018, the Trump administration created the Migrant Protection Protocols, or MPP, program to require asylum seekers to wait in Mexico until their court hearing date. Now President Joe Biden is unraveling that and allowing them to wait in the states. Two Southern California lawmakers, Reps. Nanette Barragan (D-San Pedro) and Lou Correa (D-Santa Ana) took a trip down south to witness some of the first MPP migrants cross the San Ysidro Port of Entry.

The Biden administration is allowing thousands of asylum seekers, who were forced to wait in Mexico for their court hearing under the Trump administration, to cross the border

“Hopeful day for these families,” Barragan said. “Especially after seeing the conditions in which many lived in, inhumane conditions, in Matamoros. I saw it first hand. It was horrible.”

Once Barragan reached the border Tuesday morning, she watched as a busload of about 25 migrants pulled in on the other side.

“I’m excited to be seeing us restore and really rebuild the asylum system. We have a lot of work to do, including passing immigration reform,” she said.

Barragan met with U.S. Customs and Border Protection officers, aide workers, and migrants. She said, for migrants, being able to come into the U.S. to wait for a court hearing allows them to wait with family in dignity. Amongst some of the first MPP migrants was a mother with her 3-year-old in hand.

“[There is] so much relief in their faces and their voices, and appreciation for finally getting to be able to get reunited to their families,” Barragan said.

But these policy changes have Republicans in the House Oversight Committee infuriated. In a statement to the new Secretary of the Department of Homeland Secretary, they wrote:

“The Biden administration’s policies limiting immigration enforcement and weakening border security, coupled with its proposal to grant amnesty to illegal immigrants, are signaling to the world that our immigration laws can be violated with little if any, consequence.”

“Some very heartbreaking stories of refugees. Some have been crossing, walking the way from Central America to here at the border crossing,” Correa said. “Some had been actually on the road for a year and a half. Children, families, trying to make it through. And I also rediscovered something interesting about this refugee process, which is how complex it really is.”

Correa said getting into the U.S. includes a collaboration of several foreign and domestic governments, complicating the process. Barragan said she could relate.

“I have a large constituency of people who are immigrants, or their parents are immigrants, like myself, so it’s a very personal issue in seeing this through as we open a new chapter on the new immigration system,” Barragan said.

Biden Administration to Send Millions of Masks to Low-Income Communities

The congresswoman said she would work on increasing the capacity in which migrants are processed. Republicans expressed concern that immigrants may start to crowd border facilities again, in turn, causing widespread COVID-19 infections.

“The U.S. Department of Homeland Security halted enrollments in MPP immediately after President Biden took office… In addition to his reckless policies and executive actions, President Biden’s rhetoric relating to amnesty for millions of illegal aliens and gutting interior enforcement priorities is leading to a perfect storm on the southwest border. Without a radically different approach, a health, security, and humanitarian crisis is inevitable,” Republicans on the House Oversight Committee said.

The federal government admitted it’s moving slowly to prevent a health risk. A statement by the Department of Homeland Security also states migrants are tested for COVID-19 before entering the U.S.